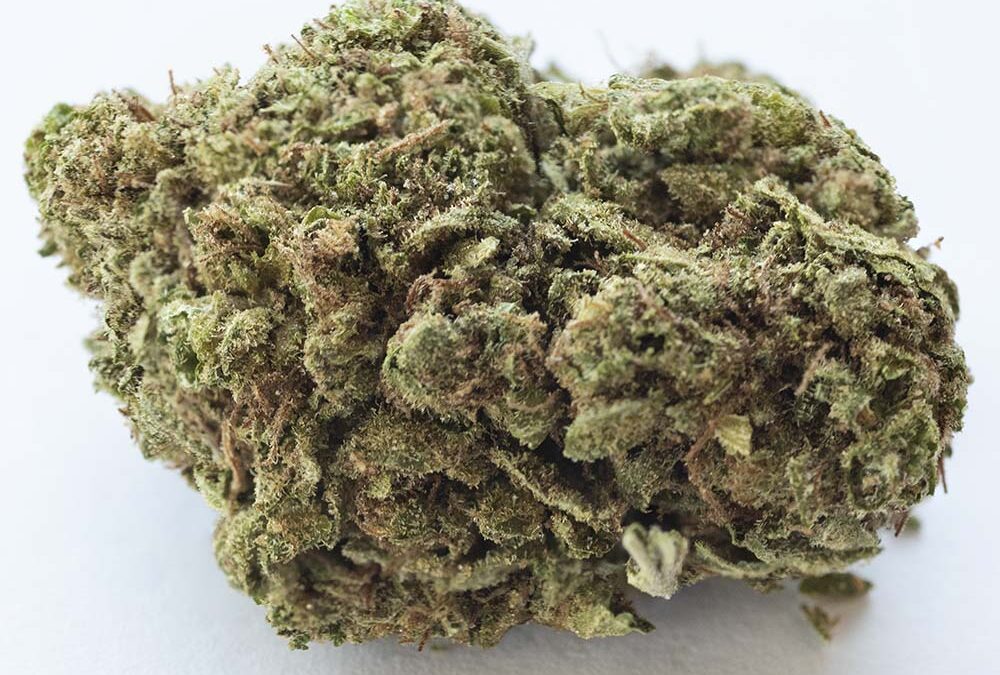 White Rhino is a new strain to me, but apparently well known in states where I haven’t shopped before. According to Wikileaf, White Rhino has won a lot of second place awards. Second place? Pot Guide says White Rhino is a cross between White Widow (a cross between a Brazilian sativa and a South India hybrid) and Afghani strains. The Afghani strain is a landrace. White Widow was bred to be a high yielding strain, meaning the yield per plant after harvesting,drying and curing is quite high. But second place? Do I really want to consume something that always comes in second in Cannabis Cup activity? I figured; “Why not!?” and so I decided to buy some and see what White Rhino is all about.

I had to wonder whether the the strain was going to be good or not, but after consuming it, I began to understand that second place might not be all bad. It might not be all good either. It wasn’t a blockbuster strain like the Acapulco Gold I reviewed earlier this year, but it was pretty darn good.

The sample I got from a dispensary in Antonito, Colorado, had tightly formed buds with a light, but pretty frosting of trichomes on them. The buds were a little tight (for my taste), but were of relatively good size and not some little nugs from the bottom of the plant. White Rhino was named because the plant typically has a large cola at the top of it that looks like the horn of a rhinoceros. While the buds were nice, there was nothing about them that I would call rhinoceros-like in appearance.

The aroma was a bit on the light side, which can mean many things. Given the strain’s heritage, I thought it should be more pungent. It felt like it wasn’t cured properly, though the ash was white, or maybe this sample was a bit old, but what was there in aroma was quite pleasant indeed. There were notes of muskiness, and some tropical fruit. It was an inviting aroma and I wanted to smell it more both by having a stronger scent and a bit more definition in the components of the scent.

White Rhino tasted pretty much like it smelled. Kind of a musky taste, not to be confused with a musty taste. It tasted fairly fresh and the aromatics were a bit subdued, but overall the taste was kind of nice. As far as I could tell, it didn’t taste like a rhinoceros, but I’ve never smelled or tasted a rhinoceros. The entry was smooth, but after that, while I was inhaling the bud, I’d have to say it was a bit harsh. Exhaling the smoke showed the same flavor as it was when I first inhaled the product. I could tell it was cured properly though. The ash was very pale grey, almost white, and this is a sign of a good cure. There was no chlorophyll in the aroma or taste, so it wasn’t just dried and sold.

White Rhino is purported to be an indica heavy hybrid. It lived up to its name. It has a very relaxing body buzz that I thoroughly enjoyed. But it also has has a very euphoric, energizing and relaxing at the same time mind effect as well. As much as i thought the mind effect was going to be the end of it and was wondering if the strain was actually a sativa in name, the body effect kicked in. The whole effect took some time to evolve and it certainly was pleasant. It took about 15 minutes for the whole effect to show what it was about and I had no complaints. I tried it at first when I wanted to get some sleep, but I found that it also

When I think of a rhinoceros, I think of a charging, willful beast. White Rhino was neither. It was however, quite pleasant and I found myself consuming a second bowl. It was quite nice at the end of the day. Instead of the martini like Acapulco Gold, this was like a nice glass of chardonnay.